It doesn’t command the kind of prestige that, say, the discovery of fire does, but the invention of plumbing was a crucial steps toward making modern human civilization possible. After all, would you want to live near a bunch of people if no one knew what to do with their waste?

Luckily for all of us, people invented plumbing much, much earlier than you might think! In fact, plumbing has existed for almost as long as human civilization itself. After all, it pretty much had to! Here are the stories of the first plumbing projects mankind developed, how they worked, and why they were so important. 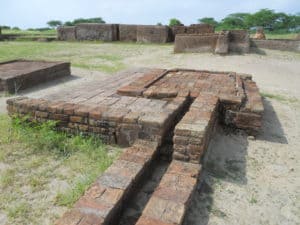 Located in what is now Pakistan and Northwest India, the Indus Valley or “Harappan” civilization existed in the Bronze Age (3300-1300 BCE) and is one of the oldest human civilizations ever discovered. Many of the Harappans lived in remarkably advanced cities such as Lothal. A huge part of what made cities like these possible were the earliest known examples of a public water supply and sanitation system.

Every home in Lothal had a private, indoor toilet.  These toilets led to small drains which emptied into wide, brick-and-mortar sewer networks. Sound familiar? Lothal’s sewer system worked quite like modern sewer systems. Lothal’s homes even possessed the first flush toilets! After using the toilet, people would empty a jar of water down a clay-brick opening and into the toilet’s drain. The water would “flush” the waste down the drain. Not bad, considering the modern flush toilet wouldn’t be invented until almost five thousand years later!

The Greek Minoan civilization located on the Island of Crete existed from around 2600 to 1100 BCE. A mercantile economy, the Minoans traded a great deal with mainland Greece, Syria, Egypt, Mesopotamia, and Spain. Historians consider Minoans the forerunners of Greek civilization and culture. They are often credited as the first European civilization.

The impressive organization and advancement of Minoan urban technology still fascinates Archeologists. The Minoan capital Knossos had a complex and effective water management system. This system included the first known underground sewer and water supply pipes. One small step for plumbing, one giant leap for our collective noses. Minoans built these pipes out of terracotta. They could either carry waste water out of or transport water into buildings. Some Minoan palaces even used the first ever inverted siphoning system (like a modern day p-trap), made from glass-covered clay pipes. In 2006, scientists Christopher Duffy and Kirk French of Penn State University discovered something surprising in the remains of a palace in the Mayan city of Palenque in Chiapas, Mexico: a water fountain. The underground Piedras Bolas aqueduct redirects water from a stream and drops it at least 20 feet very suddenly. Near the end of the drop, the width of the channel suddenly decreases from 10 square feet to a half-square foot.

The water’s drop-off and sudden constriction would create enough pressure to send water flowing through it shooting up to 20 feet high. Mayans probably used this pressure to power a fountain or send water up into the palace. In other words, the Mayans built a pressurized system for water distribution using the same principles we use today. The Piedras Bolas Aqueduct proves that the Mayans understood water pressure as early as 450 AD, and came to the discovery independently of Spanish colonists.

Aqueducts transport water from natural sources such as rivers or lakes to the places where civilization needs it. The first Roman aqueduct, the Aqua Appia, was constructed by the empire in 312 BC when Rome’s need for water began to outstrip the city’s ability to supply it. This aqueduct redirected water from the Appia river and transferred it 10⅓ miles into the city.

The Romans weren’t the first to construct aqueducts; the Mesopotamians and Minoans beat them to the punch by hundreds of years. The reason why Romans are historically associated with aqueducts is because they became very good at building them. The Roman empire used pipes, inverted siphons, water pressure, sewers, and more to create advanced urban environments. Some of the Roman empire’s arched aqueducts remain intact to this day, and serve as a striking reminder of the importance of plumbing in the development of civilization.

Plumbing has helped make life possible ever since the first groups starting living together. We may have come a long way since the days of stone arches and dug-out latrines, but plumbing is just as important now as it was then.

There’s one other thing that hasn’t changed about plumbing–it still (literally) stinks to go without it. If you’re having a plumbing issue in your home, give Ben Franklin a call anytime. We’ll help you feel like you’re living in civilization again. 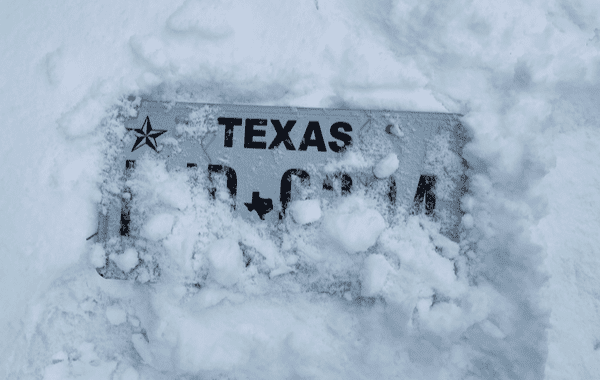