The Anatomy of a Plumbing Nightmare

Home / Plumbing / The Anatomy of a Plumbing Nightmare 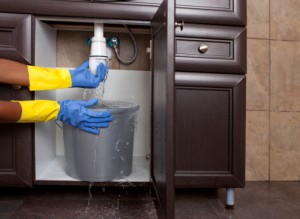 Benjamin Franklin Plumbing of Dallas has several experienced plumbers that have some incredible tales to tell about plumbing repair jobs. We can speak from first-hand experience on some of the worst emergency situations that could take place in a home or business. Read more below to learn about how you can avoid these problems in your home.

DIY repairs and installations are often the basis of some of the worst plumbing horror stories. In one instance, we looked at a double-wide mobile home where someone had made multiple attempts to both remodel a bathroom and repair mistakes that were made while putting new fixtures in. The problem was on a septic system particularly sensitive to powdered laundry soap. When the soap finally lumped together in a big enough chunk, as powdered soap is prone to doing, it clogged the pipe. The clog was just before the septic tank and it backed up everything all the way up to the furthest toilet from it.

Then, someone went down in the crawlspace to fix it. In that effort, they kicked the full pipe and dislodged it, dumping raw sewage into the crawlspace. When they finally called for emergency plumbing repair, the incredible cleanup effort, unclogging the pipe, and rebuilding their whole sewer system cost too much money to mention.

What Was the Lesson?

A Scrape in a Skyscraper

We got the job to install a bathroom in a fourth story remodel following an architectural design of the whole project. They had the plans, the general contractor, the money and the permits. However, the building had been using an antiquated plumbing system built to join up with the roof runoff and discharge into a lake. (In 1910, people did that. In 2008, it’s illegal.)

Because the system was now altered, none of it was legal to use. Until we ran a brand new main into the legal city plumbing system, at three times the cost of the original job, no one in the four-story building could use the bathroom.

What Could They Have Done?

If you need an emergency plumbing service, Benjamin Franklin Plumbing of Dallas is the company to call at (214) 989-4212. Put our experience to work for you to prevent these disasters!