Can Rain Affect My Plumbing?

Dallas isn’t the rainiest city in the world, but that doesn’t mean it’s without showers. With an average of just under 40 inches of rainfall a year, it sits above average when it comes to annual precipitation. With this rain, especially in times when the amount is above average, comes potential problems for homeowners.

There are common problems like oversaturated vegetation and harm to yards and patios. Then there are more insidious and less noticeable problems. These ones commonly have to do with plumbing. So, yes: rain can, and does, affect your plumbing. We’ll cover both how it does and how to prevent potential rain-caused plumbing issues below.

What problems can rain cause for my plumbing?

It can increase pressure on your pipes.

Soil that has been saturated with water is heavier than regular soil. This added weight puts added pressure on the pipes within the soil. If these pipes are old, they could collapse or break. This physical damage can lead to many of the other problems listed below.

It can cause shifts in underground plumbing.

Rainfall means wet soil. Wet soil loosens and becomes malleable. This makes the chance of underground pipes and plumbing fixtures shifting more likely. When these pipes and other fixtures (irrigation systems, for example) shift, problems occur. Joints will loosen, and hidden leaks can occur. In extreme cases, pipes can burst completely, causing your yard to flood.

It can lead to an increased number of backups.

Soil shifts don’t just cause leaks and other problems. They can also be the reason that soil and other debris finds its way inside your pipes. If enough debris gets inside your pipes, it can start forming backups. These backups will grow and then can lead to additional problems like burst pipes, broken joints, and more.

How can I prevent these problems?

Regular preventative maintenance on your home plumbing will go a long way toward avoiding most problems. If your plumbing is in ideal working condition, the additional stress of heavy rainfall shouldn’t harm it. For example, backups are more common when there is waste build-up in the drains and pipes. When rainfall adds pressure on this already burdened plumbing, problems become exacerbated.

Suddenly slow-moving drains or slightly annoying water pressure problems become burst pipes and immovable water. Drain cleaning and maintenance to catch and repair leaks will protect your plumbing and your home from these destructive and expensive problems.

Ben Franklin Plumbing understands the ways that nature and the weather can affect your plumbing. Whether it’s frozen pipes or backups due to rainfall, we can help. Give us a call the next time you have a weather-based plumbing problem and we’ll send someone else to fix it as quickly as possible. 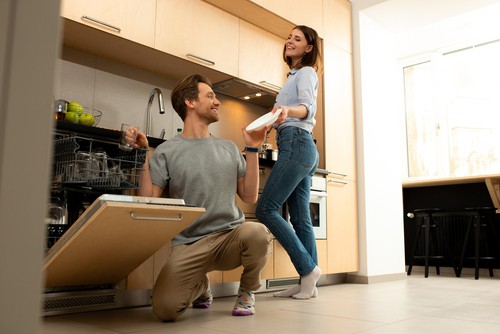