As plumbers put on their pink shoe covers in recognition of Breast Cancer Awareness Month, they’re not only protecting customers’ floors — they’re making small gestures they hope will have a huge impact.

The annual October campaign to raise awareness for breast cancer is near and dear the to the hearts of many. That’s especially so for the Ben Franklin management team in Dallas and  Houston.

The Benjamin Franklin management team decided to take action about three years ago by sending an email to his colleagues and technicians, asking them to wear pink shoe covers.

He told them about the time a loved one fought a battle with cancer with grace and compassion, and how she wore an ever-present smile until the end. He’s seen the deep level of hurt and concern on others’ faces as they talk about the horrible disease’s impact on their lives and the lives of others. He knows all too well.

The president’s heartfelt email resonated with Benjamin Franklin techs and employees. He told them wearing pink shoe covers would raise awareness and honor lost loved ones. He hoped the shoe covers would spark conversation about the topic and encourage women to schedule an appointment. If even one person took action as a result of our efforts the effort would be worth it.

Our plumbers agreed, and even took it a step further.

Not only did our plumbers slip on pink shoe covers, many embraced the spirit by putting pink ribbons on their uniforms or trucks that included the names of loved ones they hold close to their hearts. In the three years Benjamin Franklin Plumbing has been participating in Breast Cancer Awareness month, our awareness efforts have expanded.

We know it won’t cure the disease, but we also know we’re making a difference in a way uniquely suited to our industry and our ability to visit many people in a short span of time. And that difference started with pink shoe covers. 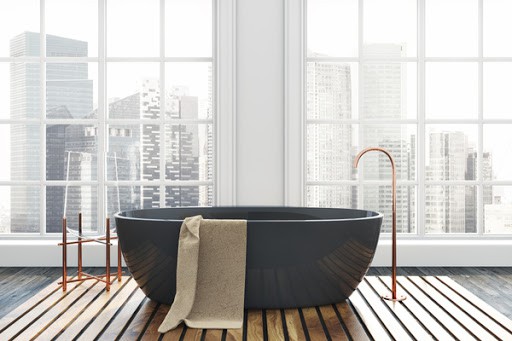